The FUCHSTHONE ORCHESTRA is composition in progress! In contrast to traditional big bands, there is not a set repertoire. Caroline Thon and Christina Fuchs, the two composers and conductors, continually design new or refined compositions…

After the premiere program in fall 2019, the regular concert series FUCHSTHONE RELOADED# was launched (in collaboration with Stadtgarten Cologne, the “European Center for Jazz and Contemporary Music”). RELOADED# means for the orchestra both: further development of existing pieces as well as the creation of completely new compositions. Within the framework of this concert series, one to two new programs are created each year. Christina Fuchs and Caroline Thon are often drawing inspiration for their compositions for each RELOADED# concert from an overarching theme – such as texts by Jean-Paul Sartre or icons of the climate crisis in the form of melting glaciers. The RELOADED# concerts have become an integral part of the orchestra’s programming and are premiered at the Stadtgarten Köln.

In addition, special programs are made possible through commissions, such as “Re: Immortal Beloved,” which was premiered as part of the festival “250 Years of Beethoven – BTHVN 2020.”
All dates of performances and concerts can be found under Events.

A project reflecting all the incidents of the year 2022 and the effects they had on us. Is there better place to do this than in our musical echo chambers?

As part of the festival “Romanischer Sommer” in Cologne, we received a composition commission in order to fill a church with orchestral sound.

Best-Of project with all the pieces we will play and capture on our first studio recording. This said, you will know what is to be heard on our first record

the concept of considering electronics (samples and sounds) as another instrument also works in reverse: any instrument can also be considered as “electronics”…

In this concert, the main focus is on the electronic sound collages created by our sound artist Eva Pöpplein. Consequently, sound collages are given a particularly large amount of solo space in the pieces…

On the occasion of the Beethoven Festival Bonn 2020, Caroline Thon and Christina Fuchs were commissioned to rearrange compositions by Beethoven for the FUCHSTHONE ORCHESTRA.

The FUCHSTHONE ORCHESTRA started its concert series on a regular basis titled “FUCHSTHONE RELOADED#″ at the “European Center for Jazz and Improvised Music”, Stadtgarten/Cologne…

The FUCHSTHONE ORCHESTRA premieres with a tour of four concerts! In this first-ever program, Caroline Thon and Christina Fuchs have created new compositions … 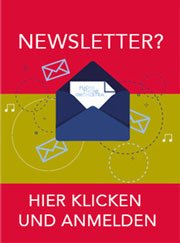