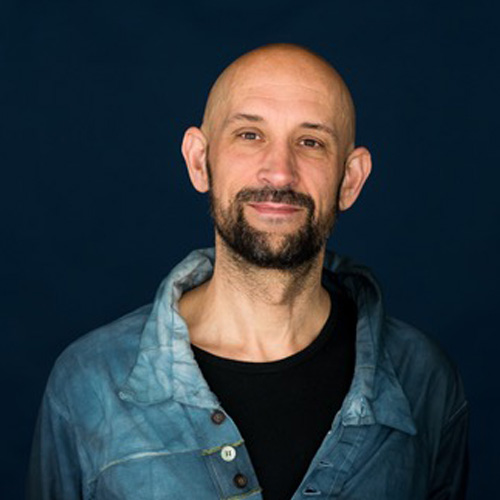 He works as a freelance instrumentalist in jazz and contemporary music, as an instrumental teacher, composer and improviser, and as a curator and artistic director of festivals and international artist encounters.
Among other areas, the focus of his work includes interdisciplinary projects in music, theater, dance and video art, in which intermedia compositional concepts are explored, and with which he has performed in over 50 countries under the label Zeitkunst e.V., as well as teaching master classes and workshops.
His compositions and improvisations bring together these very different influences and tell a wide variety of musical stories.
In his new solo project, he uses a wide variety of playing setups: feeds of speech and soundscapes into and on the trombone, spatial expansion using external bells, interactive computer graphics as synaesthetic perception, or simply the pure, naked trombone.

In 2021, Muche will receive the Jazz Prize of the WDR in the category Improvisation. From the prize committee’s comments:

“A man in his laboratory, in his workshop, where the trombone, his instrument, stands. Matthias Muche is a researcher, a proven virtuoso of improvisation, who works tenaciously to unlock new doors and to demonstrate his instrumental ability from a variety of perspectives.
A trombonist who, in ever new encounters with professional colleagues, directs the focus of his research to the manifold potentials of this instrument, which possibly comes closer to the human voice than any other. Be it in the tender intimacy of a trombone duo or on the large canvas of Bonecrusher, where three trombonists, as soloists, move in a sonic territory laid down by seven trombonists in interplay with two percussionists: Matthias Muche knows how to set the stage for the trombone. And thus also for himself, and the mutability and innovation of his musical intuition.
… he soon became in demand as an improviser who, with virtuoso skill and an enormously physical stage presence, breaks through the boundaries of conventional jazz performance and departs from well-trodden paths to continually seek new adventures in sound.
A milestone in this quest was the founding of Zeitkunst, a platform for the “promotion and presentation of audiovisual art,” and of the festival “Frischzelle” in 2004, where the division between classical and electronic instruments is erased.”
(by Stefan Hentz & Tinka Koch)

“His music uses all forms of sound expansion of the instrument, sounding at times like electronic music, then picking up and spinning rhythmic and melodic idioms from jazz.”
(Rui Eduardo)

Tours with the Goethe Institute to the Middle East, Balkans, Africa, Asia, Central America, Australia, India and the Baltic States. 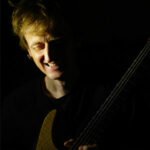 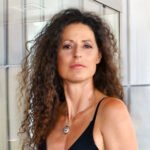 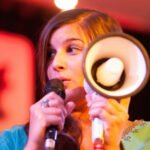 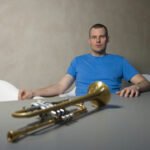 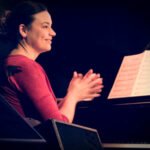 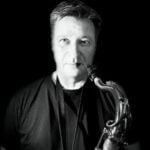